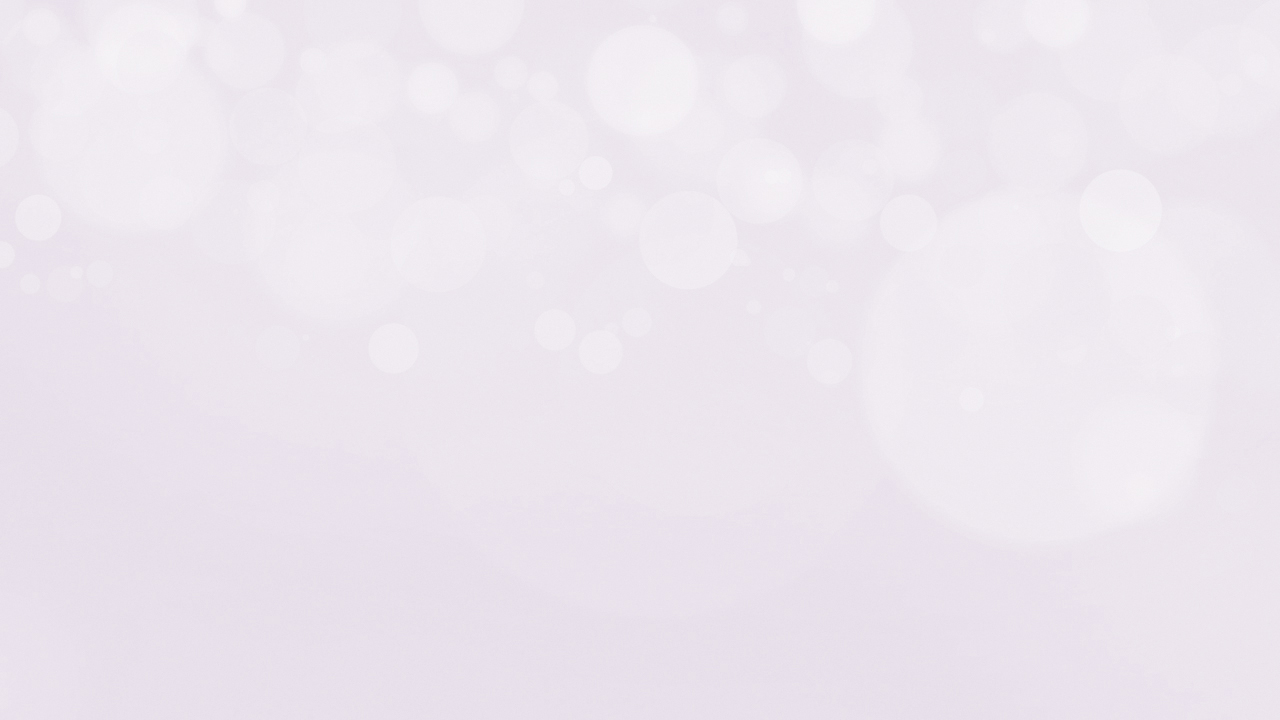 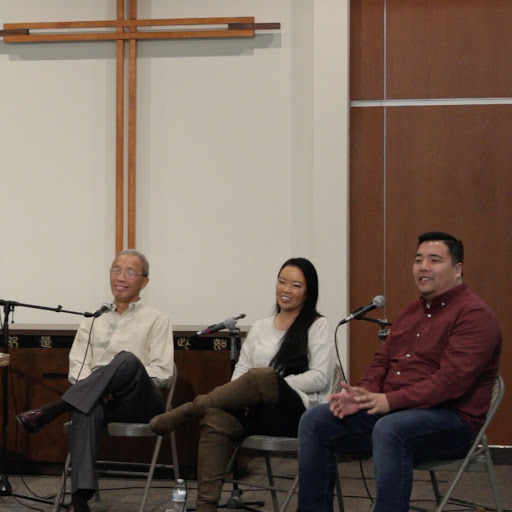 Choosing a major and career can be some of the most difficult decisions for a young person. In Asian culture, well-known stereotypes and expectations exist, such as the respect that comes to those who pursue law, engineering, or medicine. There’s also society’s definitions of stature and success, which elevate people in these fields.

To assist young people in navigating these important decisions, Presence Quotient is launching a new ministry with career coach Gil Tam. Tam is an experienced mentoring and career coach who has a passion for young people. Both his son and daughter acknowledge their Dad’s expertise in this area, as he understands both the traditional mindset of most immigrant parents and a new generation that has been influenced by Western values.

Below is an edited version of an interview with Gil Tam along with excerpts and quotes from his children, Bryant and Stacie Tam.

Presence Quotient: Gil, tell us more about your career background. When did you retire, and what are you involved in now?

Gil Tam: I graduated from Cal State University of Long Beach with a degree in mechanical engineering and started my career with Southern California Edison as an assistant plant engineer at a power generating station. Over 33 years, I progressed through the management ranks to an executive position until retiring in 2007.

I then began my personal ministry to provide life and career coaching and mentorship to high school and college students, while sharing my Christian faith with them. I volunteer as a basketball coach at San Pedro High School. I also serve as a board member and mentor for the Asian American Professional Association (AAPA), a non-profit with a yearlong mentoring program dedicated to promoting and inspiring Asian Americans to achieve their maximum career and leadership potential. I’ve remained professionally active by working as a principal consultant at Electric Power Group in Pasadena.

PQ: How did you find your passion in career coaching and mentoring?

GT: Youth ministry has been my passion and calling for the last 25 years. I began working with youth at my home church and fell in love with it immediately. Most youth hunger for attention and someone to listen to them without judgment. Most look for role models in addition to their parents, or to fill the void left by a missing parent. I identified with these needs because I grew up in a divorced family; my Dad left when I was 14. My role models and mentors were my junior high and high school drafting teachers, high school basketball coaches, college professors, former bosses, and others. They provided the vital guidance I needed to navigate my career path. I would not have been able to achieve success in my career without coaching and mentorship from all of them. To offer these gifts to others by providing life and career coaching and mentorship gives me great fulfillment and joy.

PQ: Can you describe some of the situations you’ve seen from people who have sought help from you?

Most AA professionals are very competent and willing to work hard. However, they often experience difficulty in advancing to management positions because they fail to recognize the importance of soft skills. Typically, as an individual moves up the corporate ladder, technical skills become relatively less important than the interpersonal or soft skills. I help AA professionals develop these skills to facilitate career advancement.

I also work with those seeking to change careers. There are many reasons someone may want to change careers, but the most troubling case I encountered was a young AA certified public accountant (CPA) who told me he had been an analyst for over 10 years and hated his job. He wanted to know how to become a chiropractor. He told me his father made him become a CPA since his father was also a CPA. I told him he could still pursue his dream but that it would require lots of sacrifice and hard work. He was not afraid of the sacrifice and hard work but was afraid his father would be very upset.

In my 10 plus years of working with AA professionals, I’ve discovered some who are in their current professions because their parents told them to do so, and they were too timid to express that they had other interests or simply did not want to disappoint their parents. In some situations, the parents had financial leverage and the child, not wanting to lose financial support, went along with the parents’ wishes.

PQ: Besides your professional background, how has your experience in being a parent helped you in your career coaching?

GT: My journey as a parent was a great learning experience. I learned from my children that just pushing them to study hard and get good grades is not a balanced approach. I learned to listen to them and really get to know them. I’ve learned to correct and help them learn from their mistakes, coach them to find their passions, help identify their short-term and long-term goals and develop action plans to accomplish those goals, while providing support when appropriate and finding appropriate mentors to guide their career development. This is the same approach I use now to provide career coaching for other young people.

PQ: How do you conduct your training/coaching for young people?

This process varies depending on the individual’s needs. If possible, I try to work with the student’s parents at the same time, which is critical for the student’s success.

PQ: How did your children find their own paths?

GT: Like many Asian parents, my wife and I pushed our children to study hard, get good grades and get into a good college. We did not spend enough time coaching them about finding their own passion and career direction.

Our wake-up call was when my son, Bryant, received academic probation at UC Irvine. A computer engineering major, he told us that he really disliked his science classes. When I asked him why he decided to study computer engineering, he responded that he thought I wanted him to be an engineer. I did not remember telling him to major in engineering but he must have inferred this during our discussions. I immediately told him that he could study any subject and pursue any career he’s passionate about.

He decided that he wanted to study business management and still completed his degree in four years. He is now a project manager for Southern California Edison and enjoys his work very much.

My daughter, Stacie, also struggled to find her passion and career path. During her senior year at USC, she decided to take a break from college and went to work in a bar and grill because she wanted to learn the restaurant business. My wife and I were shocked and disappointed. We tried to convince her to finish her degree first, but she wanted to pursue this new dream and finish her studies later. My wife and I supported her and kept the communication channel open. Stacie worked for a few years in the restaurant industry but ultimately decided she wanted to pursue a career in sports marketing.

I learned a great deal from my own children and hope to use what I’ve learned to help other young people find their passion and career paths.

PQ: What do you think are parent’s roles when it comes to a young person’s career search? What should they do and not do?

It is not effective for parents to direct or dictate what career their children should pursue. This approach only works if the child happens to enjoy the directed career path. Otherwise, the child will be another professional who hates his/her job. Instead,parents should help children find their passion and guide them to a career that matches. This is not easy. Some children know very early what their passions are and what career they want to pursue. Some take longer to figure this out.

Parents should have an open mind and build strong communication by doing more listening and seeking to understand their children. Young people will talk if they know you will listen to them without judgment. Most parent-child confrontations can be minimized if there is good communication. If necessary, parents should seek other mentors to help them guide their children’s career decisions.

Both Bryant and Stacie have acknowledged how helpful their Dad has been in supporting their career goals and personal interests.

Bryant, the younger of the two, is currently a project manager at Southern California Edison, helping to manage large capital construction projects. After the setback of receiving academic probation at UCI, he discovered his interest in business and the thrill of being an entrepreneur and has pursued various business ventures, including his most recent project, a clothing line called Alfred Banks that caters to young, passionate and driven individuals.

“Life is too short to be doing something that someone else wants you to do,” Bryant said, advice he’s given to younger people who have chosen majors and careers because of parental expectations. Bryant, who was in a fraternity while at UCI, has stayed in contact with students and young people seeking help with their resumes, networking, and job opportunities. He has successfully helped more than a few people secure positions at SCE and acknowledges how vital it is to know people, beyond having the high GPA.

Stacie completed her bachelor’s degree this year after taking a hiatus from school, a shock to her parents and other relatives. Stacie considers herself a “black sheep” in her family, having worked in the bartending industry for about seven years now. She currently works as a bartender in Hermosa Beach and is pursuing career opportunities in the sports and business industry after going through an emotionally toiling layoff earlier this year from the Clipper’s marketing department.

Both Stacie and Bryant give credit to their Dad, who they describe as more “Americanized” and who has always been open to their personal passions and interests.

This is a new and different generation, she said, as far as differences from its immigrant or first-generation parents. Young people, like herself, are not trying to rebel or displease their parents, but want freedom to make choices on their own. “We just want to talk sometimes,” Stacie said. “Be open to hearing why we’re doing what we’re doing. ‘Just be there to support me. You don’t have to like it.’”

Stacie has definitely taken a non-traditional route and is grateful for the support system and has no regrets.